The Edge of Brilliance

Samsung Galaxy S6 is the latest flagship device from the Galaxy S series of Samsung. This is one of the first smartphone with a curved display/screen, it was presented in Samsung Galaxy Note Edge for the first time.S5 was a big upset but this time Samsung has really stolen the ground by defeating iPhone 6  through its durability and performance, but it will be very hard to make a turnover of iOS lovers. If you are on the edge of making a decision of buying a new smartphone and don’t care about the operating system then this one is really the one that will make you stand out in the crowd.. 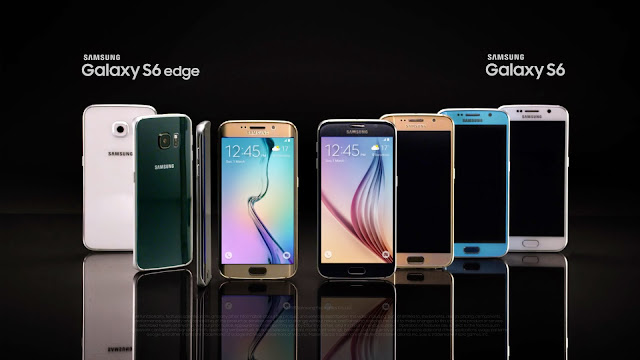 The Samsung Galaxy S6 Edge is a bit of a mouthful, but it’s a phone that makes me annoyed the S6 is even being created at all.
I get that Samsung thinks this is a phone for the early adopters, that the added expense the next level screen technology will be prohibitively expensive at a time when the brand needs to get the basics right.
I guess I understand that… but hold this up down the pub and people will be desperate to take a look at your new smartPhone. If Samsung had wanted to make a big splash with its flagship handset this year, the S6 Edge would have been the one to throw the spotlight on.
It’s essentially just the Samsung Galaxy S6 but with slightly bent edges. It’s 7mm thick, so fractionally less thin than the main version, but it’s also lighter and has a 50mAh larger battery. Take that, spec fans.

I’ll admit, the S6 Edge is ever so slightly less ergonomic to hold, as where the curved edges taper into the chassis is a little sharp, where the S6 is smoother and nicer to use in that respect.

But this is a very light phone, and is primarily screen across the front. It manages the very clever trick of being able to fit a massive screen (5.1-inch) into a frame around the size of an iPhone 6, which should settle the need for many to decide between a compact handset and one with a larger display to play with.
The camera protrudes slightly from the back, as Samsung has packed in an advanced sensor and didn’t want to compromise on the specs to get to a thin, flat back.
This does mean it wobbles on the table a little, but it’s barely noticeable… I’ll be keeping an eye on whether that scratches in our full Samsung Galaxy S6 Edge review.

But the main thing you’ll feel when you pick up the Edge is just how premium it feels. Its curves blend perfectly with the chassis, and the combination of metal and glass really works well to convince that you that this phone is worth paying for.
It’s going to be expensive, so elements like a translucent back in a variety of colors really help sell that ideal.

The display is something to behold. It’s definitely the next generation compared the Galaxy Note Edge, for instance. That phone looked lopsided and the ‘spine’ screen looked like it was tacked on later.
With the S6 Edge, both sides of the screen are more subtle, not quite reaching to the bottom of the chassis to make it seem like the whole front is just well-designed.

It’s also very impressive that this phone manages to pack QHD resolution into the smaller display and bend it at the sides. Although you could ask what those curves are actually for beyond a headline grabber.
It’d be a fair question to ask too. The Galaxy S6 Edge has a great screen, and things like being able to control the video player without having have the controls wipe across the main display are cool but not necessarily game changers.
This is a phone that does have some reasons to use the curved edges, but perhaps not enough to convince you to spend more than just buying the main Galaxy S6.

It’s still here, but Samsung’s overlay has at least been refined. Plus it comes with some nifty abilities to make use of the curved sides of the Edge.
For instance, when the phone is flipped on its front the sides will glow a specific color when one of your favorite contacts calls in, so you can see who it is without having to turn the Edge over.
It’s basically the same as having a notification light on the back, which doesn’t sound that exciting when you say it in such a way.
However, sliding from the edge of the screen does allow you to get access to your favorite people anywhere in the phone, and apparently pick up things like missed calls and messages from the same people.
I assume the same touches from the Galaxy Note Edge will make their way over to this phone – this means being able to control your music at the side while still using the phone to browse Facebook, for example.
The TouchWiz interface has been cleaned up to be a little flatter and easier to use, with fewer menus and dialogue boxes to annoy you. It’s still too garish and cartoony, but it’s done some growing up in the last year.