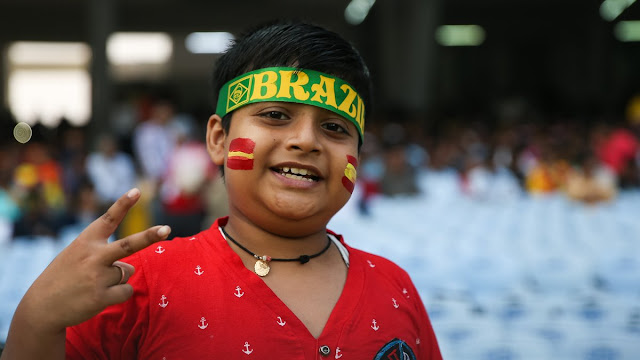 28th October, 2017 – A day millions of football-fans around the world will remember, specially Football Fans in India as this was the date when the FIFA U-17 World Cup India 2017 Final took place in the VYBK(Vivekanand Yuva Bharati Krirangan) or the Salt Lake Stadium of Kolkata, India.
It was the first time India was hosting any FIFA Tournament, although this was a youth tournament, the total attendance(1.37 Million) in 20 days actually overtook the total attendance of the world’s largest cricketing event(1.29 Million) – the ICC Cricket World Cup, 2011 and that too, in India. All these stats for sure send a message to all of us and that is – India is now a footballing nation. 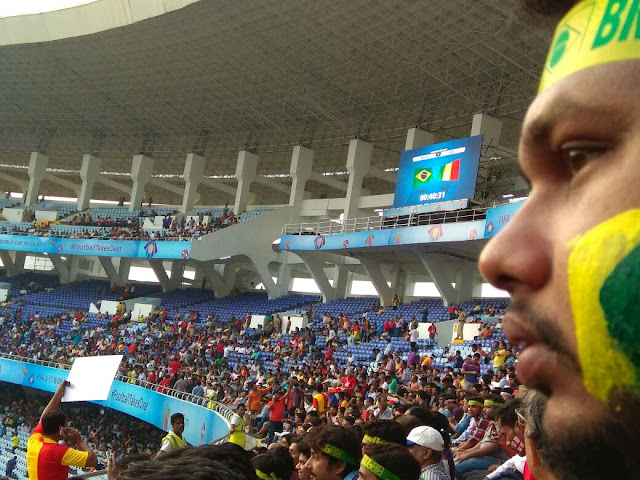 This was the very first time, football fans around the sleeping giant of football(India) gathered for a great extravaganza, but it all summed up to make Indian fans more motivated toward sports, and specially – Football. Football is a connecting game, and we all know that, all those tussles, tackles, dodges, injuries, fouls and GOALS, eventually help make new friends while watching or playing the game and this was the time India experienced it.


What Impact will it have?

The Indian Super League(ISL) has already gained attraction around the sub-continent and the global football fans too with the grace of Diego Forlan, Alessandro Del Piero and a ton of other famous football players from across the globe into the turf of Indian Stadiums. But, FIFA is different, the excitement, the vibe is all different. This U-17 World Cup will in future, motivate more players to join football and the local teams, we will see more local-heroes from football rather than a hand-full we know today, and a boost to the overall footballing system of the country, but we can’t really accurately predict it’s impact into Indian Football, it is for sure the start of it all but itself is not all, more players need to be trained, infrastructure is required and more tournaments are yet to come, which will be encouraged by this tournament, and a better future of Indian Football can be seen rising through the horizon.

Facebook
Twitter
Pinterest
WhatsApp
Previous articleAtom vs Sublime Text | Which Code-Editor or IDE is the Best?
Next articleEPEX – The Smart Security Camera that will Alert you when Something goes Wrong

Hey guys its Abdullah from YouMash Tech. Today am gonna be talking about the hacker's OS. It's the Kali Linux!...
Read more
Editor's Choice

Connect to MySQLi Database and Run a Query | PHP Tutorials | #1

In this tutorial, I will teach you connect Connect to MySQLi Database and Run a Query. This is the first episode in the HOW-TO...
Read more