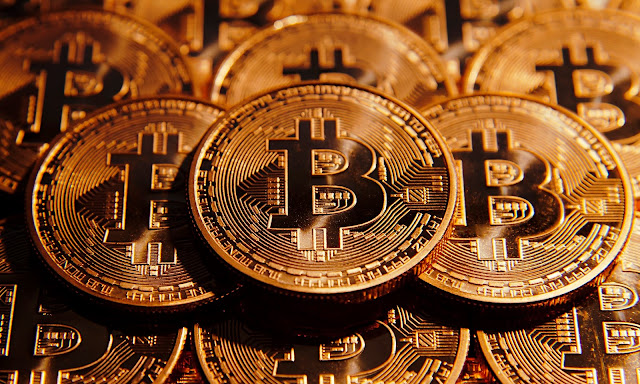 Even though it’s had an incredibly tumultuous year, Bitcoin has once again defied the naysayers and is currently trading at an all time high of $8,200, with a market cap of over $137 billion.
The price rise comes shortly after a cancelled fork and the first signs that big, institutional investors are finally caving in and joining the bandwagon.
SEE ALSO: Ron Paul is now selling your grandparents Bitcoin on Fox News
The cryptocurrency was once touted as the new digital cash but is currently mostly viewed as a store of value—akin to a digital gold. It surpassed $6,000 in October and $7,000 in early November.
November was supposed to be a big test for Bitcoin. Contrary to the wishes of the cryptocurrency’s core developer team, a number of businesses, miners, and exchanges agreed to upgrade the Bitcoin software in an attempt to make transactions on the network faster. Faced with rising criticism and waning support, however, the so-called Segwit2x hard fork was cancelled. 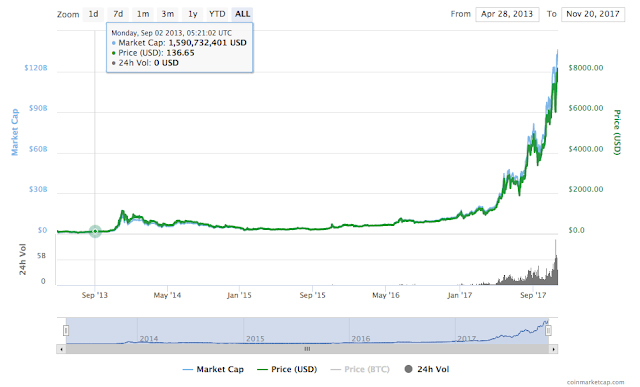 For a moment, it looked like Bitcoin might be in trouble, as several prominent Bitcoin businesses announced their support for an earlier Bitcoin fork, Bitcoin Cash, which quickly quadrupled in value, for a moment becoming the second largest cryptocurrency in terms of market cap. At the same time, the price of Bitcoin sharply dropped to roughly $5,600.
But Bitcoin quickly recovered, and while it’s hard to pinpoint why the price is rising this sharply, there has been some good news as of recent. Late last month, CME Group said it plans to launch a Bitcoin futures contract in December. Just days ago, former U.S. congressman Ron Paul advertised a Bitcoin-based retirement fund on Fox News. And over the weekend, futures trading platform LedgerX launched a long-term Bitcoin futures option that pegged the price of Bitcoin at $10,000 in December 2018.
It’s worth noting that Ethereum, currently the second largest cryptocurrency with a market cap of $34.5 billion, has also risen in value significantly after trading at around $300 for several months. It is currently trading at $360; the total market cap of all cryptocurrencies combined is currently at over $242 billion according to CoinMarketCap.

Facebook
Twitter
Pinterest
WhatsApp
Previous articleEPEX – The Smart Security Camera that will Alert you when Something goes Wrong
Next articleThe Future and the Crypto-Currencies | What’s it All About?

There's another bad iOS autocorrect bug making the rounds and it's almost as bad as the bizarre A bug.Like the previous bug that autocorrected...
Read more
Technology

All About Deep Web | The Hidden Internet