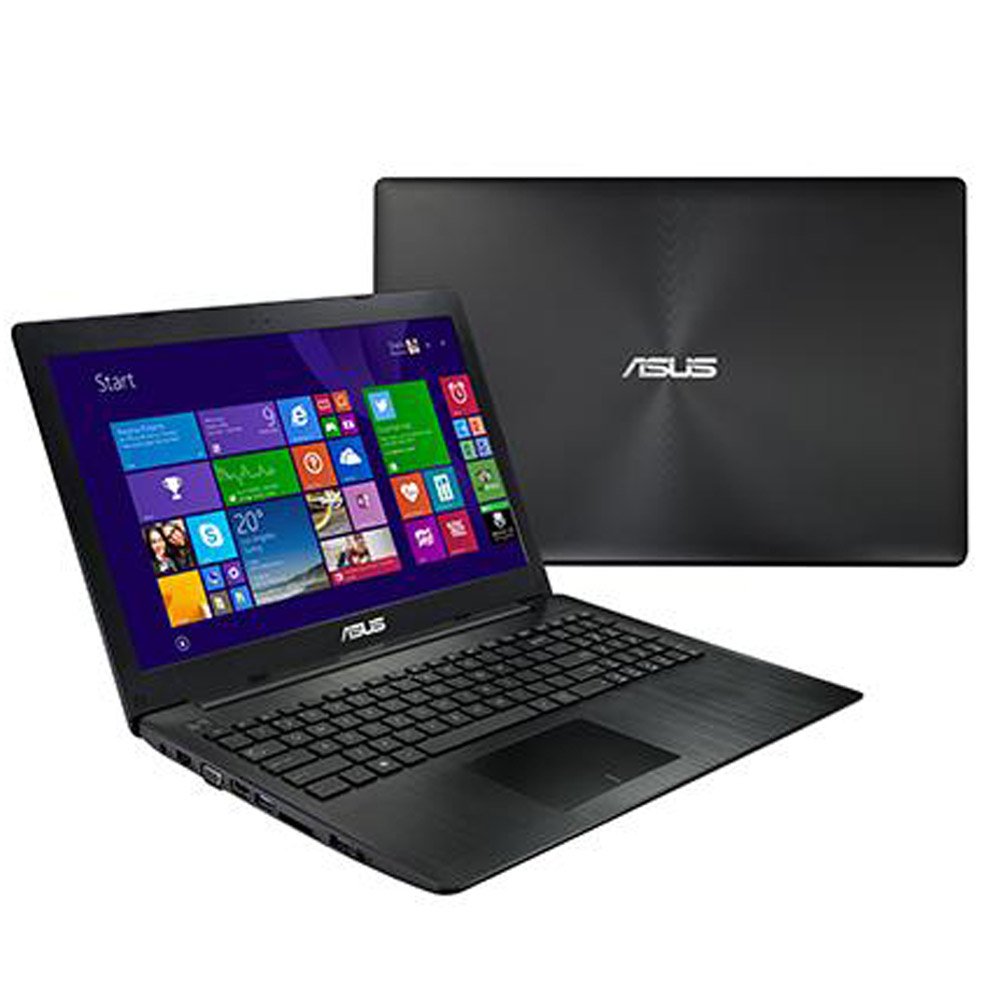 The “Asus X553MA-BING-SX488B Laptop” is quite nice and smooth to use. This works very fluently due to its 4GB RAM. I really love this laptop, due to its latest OS, you’ll be able to install nearly all the latest software and attach Hardware with USB sockets. This laptop is quite light-weight and easy to handle, due to its user-friendly design. As per giving a grade, I’ll be marking it 9.3/10. I’ve used this laptop quite a lot, but yet didn’t see any big problem in the Laptop.

Open the lid and the build quality takes a sharp turn for the worse. The internal chassis, from where the base meets the lid to the palm rests, has an incredible amount of flex. This gets even worse when you use the keyboard. Striking any of the centre keys causes the plastic chassis to cave so far inwards that it makes typing difficult. The flexing chassis also makes the keys incredibly springy and increases the travel of the keys by a few millimetres in an awkward manner. The keyboard also has a skinny numeric keypad, which has tightly packed keys, making them cramped and difficult to use. As it is, this really isn’t a keyboard geared towards anyone looking to touch type at a decent speed and isn’t very comfortable to use.

The X553MA supports Asus’ Smart Gesture for its touchpad, this lets you interact with Windows 8.1 through one, two and three-finger gestures, such as for scrolling and zooming. It’s a neat addition and makes navigating Windows that little bit easier and is a useful inclusion. We found the touchpad suitably responsive and the gestures worked well and we particularly liked the three-finger swipes for navigating pages, returning to the desktop and seeing running applications. We didn’t find ourselves immediately reaching for a USB mouse as we have done with some poorer touchpads.

The X553MA’s screen has a 1,366×768 resolution display, which is common on budget laptops. In our calibration tests it showed respectable black levels of 0.57cd/m2 and 61 per cent of the sRGB colour gamut. Its contrast ratio was 416:1, which was a little disappointing but not the worst we’ve seen.

In our subjective tests the X553MA performed poorly, however. Colours in our test images lacked saturation and everything appeared washed out and lacking in contrast. This was particularly disappointing and meant photos and movies never looked their best. Viewing angles were also lacklustre, with a noticeable colour shift as you move your viewing angle from straight on to the side of the screen. Backlighting was also uneven with some backlight bleed noticeable at the bottom of the screen. We at least didn’t have any problems with reflections from the glossy screen, however. 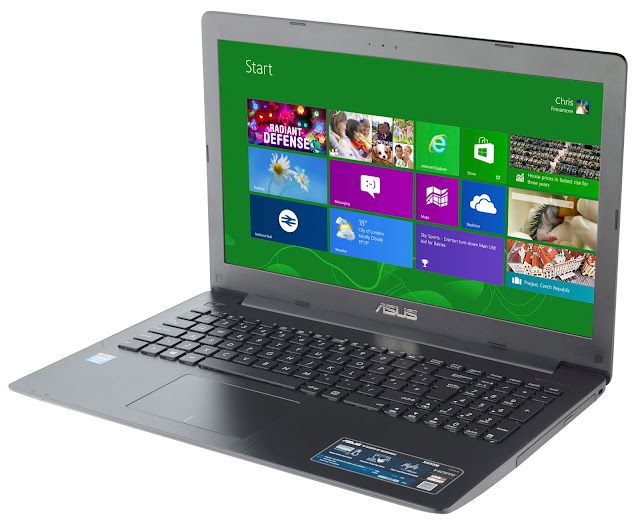 The X553MA uses a dual-core 2.16GHz Intel Celeron N2830 processor. This provided an overall score of just 14 in our application benchmarks. This is the same score we have seen with tablets running Windows 8.1 so it’s rather disappointing for a laptop. You’ll get by with using the X553MA for web browsing, some work and watching movies but not much else. There’s a 750GB hard disk with a 5,400RPM spin speed, which should be sufficient for your applications and media, however we found its performance a little slow when searching for files in Windows Explorer and installing applications.

Anything but the lightest gaming is also ruled out by the poor integrated graphics performance. Attempting to play Dirt Showdown at 1,280×720, 4x anti-aliasing and High graphics resulted in a poor 13.1fps.

We were also disappointed at the connectivity options. There’s only one USB3 and one USB2 connection, meaning you might quickly run out of ports or find yourself having to swap out external storage or devices regularly. We would have preferred to see at least three ports for a laptop of this size. There’s also a Gigabit Ethernet port and HDMI and VGA connections for an external display, an SDXC card reader and a headset jack. On the right-hand side you’ll find the DVD-writer and nothing else. As all of the connection ports are located on the left-hand side, it is left feeling a little cramped.

In our battery tests, the system lasted 4h 32m, which isn’t terrible although we’d like to see a bit more. The charger itself is pleasingly small without a large, heavy power brick, so the 2.2kg laptop is easier to carry around without any additional bulk.

With its flexible chassis, poor display and slow performance, the X553MA isn’t a great choice despite its low price. If you can push your budget further, the Dell Inspiron 15 5000 is a far superior laptop.